Zanmi Beni was born out of terrible tragedy; the earthquake that devastated Haiti on January 12, 2010, and as a response to a great need; a group of extremely vulnerable children left homeless in the aftermath of the earthquake.

These children, many of whom were disabled, orphaned, or abused, were living in a single ward at the General Hospital in Port-au-Prince, (Hôpital de l’Universite d’Etat d’Haiti, or HUEH).  The children, many of whom had lived at the hospital ward for years, had been abandoned or had been left at the hospital by parents who were, sadly, unable to care for them. Pre-earthquake living conditions for the children were less than optimal, but when the quake hit, the building suffered severe damage and the already-overtaxed hospital staff, overwhelmed with throngs of severely injured people, were unable to even provide basic care for the children.  When Paul Farmer, Loune Viaud and Nancy Dorsinville arrived at the hospital a few days after the earthquake, they found the children alone, hungry, frightened and surrounded by chaos, injury, disease, and death.  It was apparent that something had to be done immediately to protect these children, and that it would be necessary to secure a safe and permanent home as soon as possible. 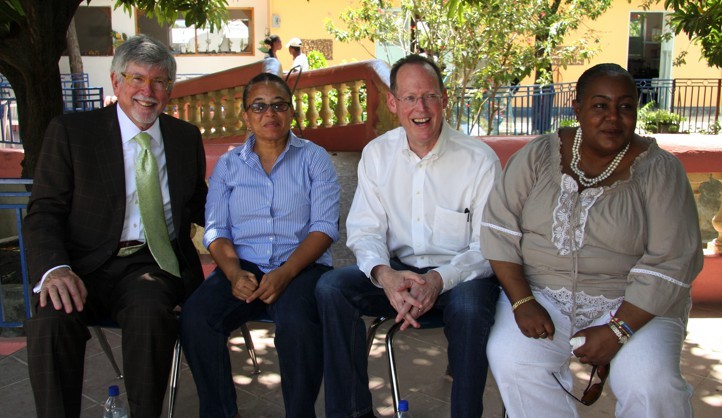 Although its primary mission is to provide high-quality medical care to the Haitian poor, Partners In Health and its Haitian sister organization, Zanmi Lasante, have always taken care of children across its sites in the Central Plateau. They understood well the challenges they would face in accepting the responsibility of long-term accompaniment of this group of vulnerable children.  However, they could not turn their back on the children’s’ plight and set out, in a very difficult post-earthquake environment, to receive them as family and develop a long-term, residential program where they would be safe, loved, and given the opportunity to grow and develop to their full potential.

It seemed almost miraculous when, in the midst of the devastation of the earthquake,  Loune Viaud found a beautiful, sprawling property for sale just outside Port-au-Prince. Paul Farmer had recently celebrated his fiftieth birthday and generously donated the funds that were given to him as a birthday gift to help purchase the property. Partners In Health and Zanmi Lasante then formed a partnership with Operation Blessing, and together these three international organizations moved quickly and decisively to develop a plan to convert the property into an appropriate and high-quality living environment with the necessary accommodations for the children with disabilities. Existing buildings on the property were renovated, and new buildings were designed to meet the needs of the growing community.  Staff was hired and trained, programs and daily schedules were created, and due to the yeoman’s efforts of a small group of dedicated people, the children were settled in their new home within four months.  In the year following the earthquake, other orphaned, displaced, and abandoned children have joined the original group, bringing the total number of children in the Zanmi Beni community to sixty-four. Zanmi Beni, the name chosen for the community, means “Blessed Friends” in Haiti Creole. Indeed, all who are associated with the children of Zanmi Beni feel blessed to be a part of this beautiful and hopeful place.

“Although few displaced by the quake had the good fortune to end up under a real roof, among them were a group of unaccompanied minors we’d come across in the General Hospital. Loune Viaud has been looking after them since the quake. With the help of my Petionville host, Maryse, Loune sealed the deal on a property in northern Port-au-Prince, on the fringes of the quake zone. The place soon became a veritable oasis: a house full of kids and nurses surrounded by a few acres of well-tended land, lush with mangoes and other fruit trees. The place was christened Zanmi Beni – “ Blessed Friends” – and became an oasis both for the children and for a handful of displaced health professionals and volunteers.”

– PAUL FARMER | Haiti After the Earthquake 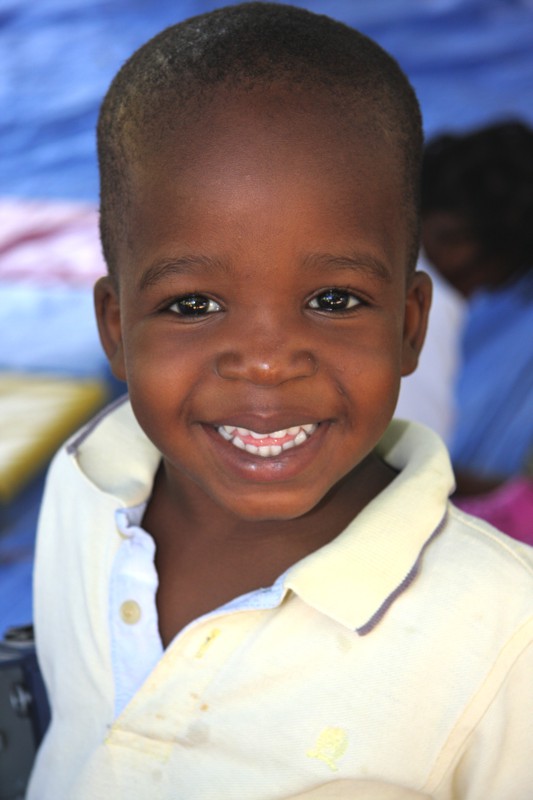 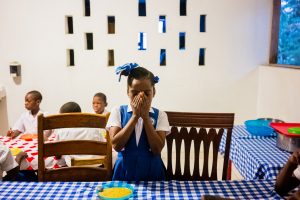 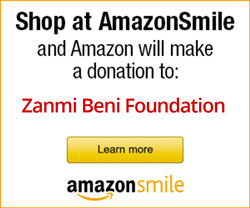